Bollywood superstars are the closest thing to royalty that we can experience through a screen. They have the greatest clothing, mansions, and cars. All Bollywood celebs enjoy making a spectacular arrival. What better way to make an appearance than getting out of a suave, gleaming car onto the red carpet? But what if your favourite celebrity was a car? Which one would they be, based on their personality and traits? Read on to know what kind of car your favourite celebrity would be.

Amitabh Bachchan, known as the Shahenshah of Bollywood, is one of the most well-known performers in the industry and an inspiration to audiences of all ages. The versatile Big B has played parts ranging from furious young man to ideal lover boy throughout the course of his five-decade career, and even as he matures, his performances leave an impression on the audience. He has an impeccable character and is a happy family man. His life and his struggles have made him a star in real life. What do you think, which car would he be? 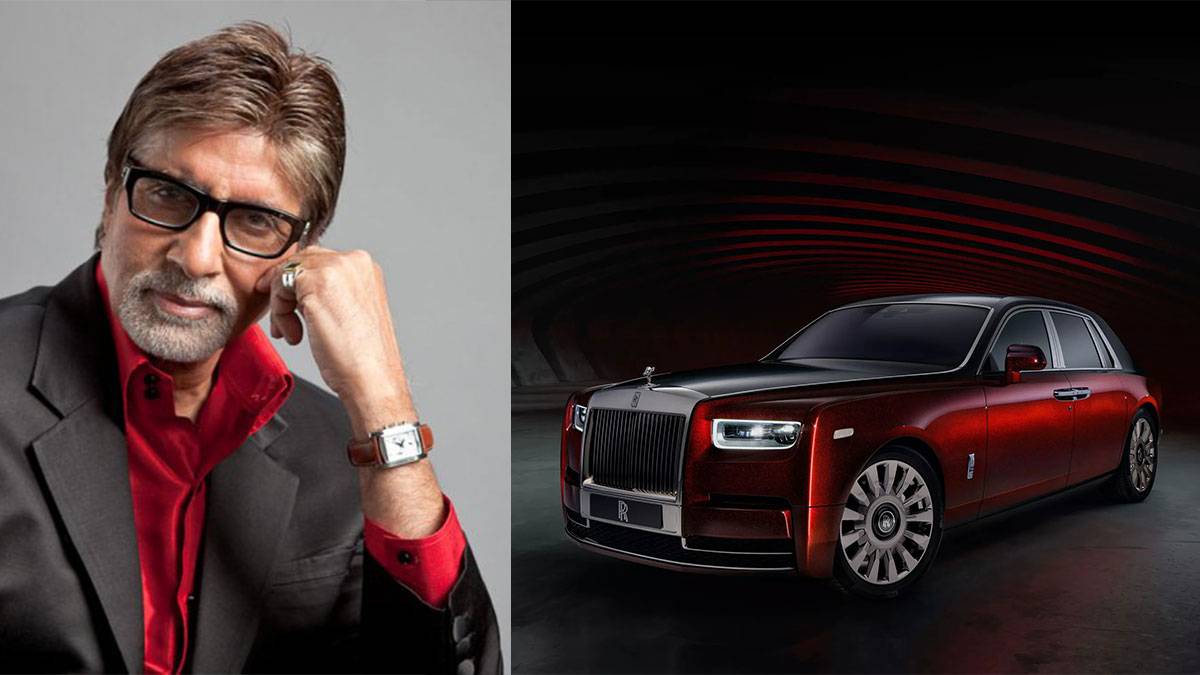 Based on his personality, he surely would be a Rolls-Royce Phantom. Roll Royce has a unique space with unrivalled comfort. A Rolls-Royce car’s leather is unlike any other. It is provided with the most classy material with an interior that can give one an out-of-the-world experience and is the best in the world, just like our Big B. It’s no coincidence that the leather on the seats never makes a sound as you slip into Phantom.

Next is SRK, who rose from a middle-class household to become one of the world’s most prominent and influential superstars. Shahrukh Khan is one of the most inspirational people on the planet. In his interactions with his fans, Shahrukh Khan is incredibly kind and considerate. He’s renowned as the King of Bollywood, so let’s talk about what type of car he’d be. 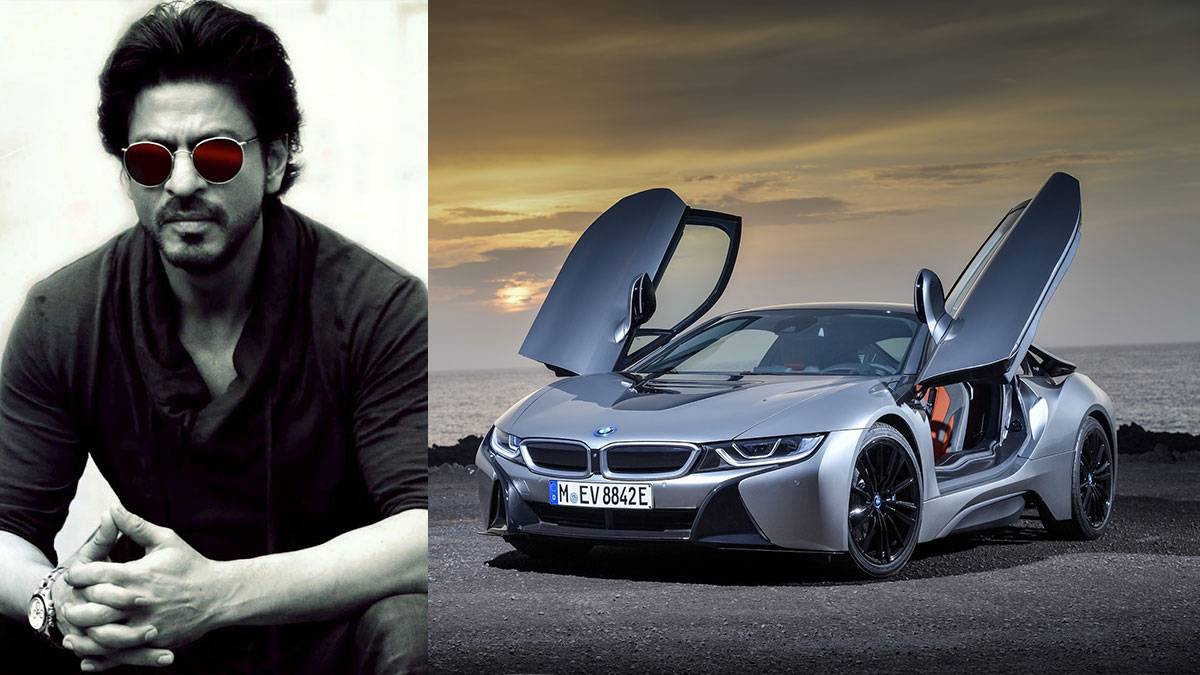 Shahrukh has an opulent lifestyle, hence he would be a BMWi8 luxury car. The BMW I8 is a hybrid supercar, and it looks like something out of a science fiction movie. The car has a unique but futuristic appearance. The car has a classy look like no other, just like Shahrukh Khan.

Salman Khan appeals to people of all ages and is genuinely a people’s person. He is a popular hero who motivates his followers. He engages with fans while promoting his films, and this is what makes him one of the most sought-after Khans. Salman Khan is a kind person who wants to help people; he is known to be a healer and is capable of providing consolation to people who are in need. Salman’s life aim is to build the tools that would enable him to be really helpful to others. Salman Khan is the one who is beautiful on the outside as well as on the inside. Based on his amazing personality, he would be a Land Rover Range Rover which is the first vehicle to combine luxury and refinement with world-renowned all-condition capability.

We frequently hear about actors having tantrums on set, but Katrina is recognized for her professionalism and commitment. She is pleasant, polished, and one of the industry’s most well-spoken females. Her humble demeanour is extremely charming, as it always wins our hearts. She is breathtakingly stunning. The exquisite hourglass figure, porcelain complexion, almond eyes, and charming smile have quickly grabbed the hearts of millions of people all around the world. If Katrina were a car, she would be a Ferrari 488 Pista. The car is stylish, just like our Kat, and has an unbeatable aura.

Women love him, men aspire to be just like him, and children idolize him. It’s incredible to witness how much love and respect Hrithik has garnered from not only his fans but the whole film industry. Hritik Roshan is a very down-to-earth and talented person. He is one of the most good-looking people in the industry. Not to forget, he is also an excellent dancer.

Hritik is passionate about travel, adventure, diversity, and meeting new people, and he aspires to live a full life. He also enjoys being involved in several activities at once as long as he is not confined to one. In his universe, change is constant, necessitating flexibility and bravery.

Hrithik is a multi-talented actor with a wide range of skills. On the other hand, discipline and attention are the actual secrets to his success. Based on his personality and the charm he carries everywhere, he would be The Aventador S. The Aventador S offers a unique combination of steering systems and ensures top-of-the-line dynamic performance, like the polished Hritik Roshan.

Kangana Ranaut displays a strong aptitude for creativity and self-expression. She’s also smart, has a flair for gab, and she really enjoys being in the spotlight. Ranaut is a positive person who has the ability to overcome adversity. She may be the life of the party and the focus of attention, thanks to her knack for self-expression. She is skilled at establishing efficient plans, setting objectives, and figuring out the best method to attain them since she has a well-developed business mindset. Kangana Ranaut is a high-energy actress who is constantly on the move, fidgety, and hyperactive. For her, life is always in motion, and she devours it wholeheartedly. If Kangana were a car, she would definitely be a Bentley Flying Spur. Bentley’s new Flying Spur is a high-end supercar. It boasts a more powerful engine than most sports vehicles, four luxurious seats, and glides across the road like soap on a shower floor. Bentley Flying Spur is bulletproof and powerful, just like our Kangana, who is not afraid of anyone.

Did our matches surprise you?  But they do make a lot of sense in the end. For instance, does not the actor Amitabh Bachan make you remember a strong and dynamic car like Rolls-Royce Phantom? And isn’t Katrina Kaif gracious, stylish, and adored like Ferrari 488 Pista? If we think about it, it does make a lot of sense.

Let us know your Favourite Celebrities as Cars in the comment!