The Navi is the first Honda two-wheeler designed by the company’s Indian arm to be sold in the United States, which will no doubt compliment the HMSI team with its development.

With its creative appearance and impressive performance, the Honda Navi, a repurposed Honda Activa under the skin, certainly piqued the interest of two-wheeler purchasers in India. It even saw surprisingly strong demand at first, surpassing the one lakh unit sales milestone in 2016.

However, its small size and distinct appearance did not go down well with the Indian public, with many describing it as amusing and potentially even a misfit for the masses. Honda subsequently opted to discontinue selling the Navi in India ahead of the implementation of the BS6 pollution standards, although it continues to be manufactured for other markets, where it performs admirably. 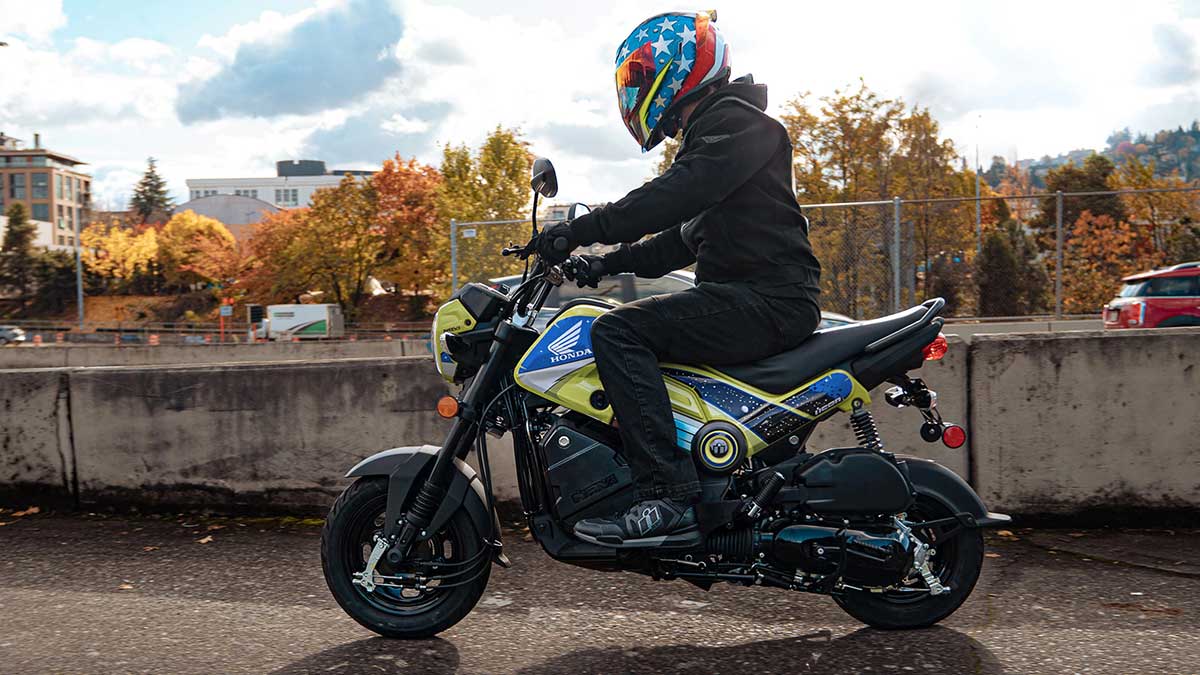 The reason behind a remarkable performance in the USA

It is priced at Rs 1.5 lakhs in the USA, which is roughly three times the price it was when it was first released in India. However, it is still one of the most affordable vehicles for the general public in the United States. When it comes to India, it does not appeal to the public, and the Indian audience has additional options that are both cheaper and better suited to their needs. The main reason why it’s performing well in the United States even at a threefold price is that it’s still cheaper and more suited for the folks there.

What makes the Honda Navi unique?

A scooter and a motorcycle hybrid

The Navi will undoubtedly appeal to purchasers who have grown tired of the idea of a pure scooter or motorcycle. The Navi is a one-of-a-kind two-wheeler with the functionality and styling of both a scooter and a motorbike. It appears to be a little motorbike at first glance, but it is a scooter with an automated transmission linked engine located towards the back.

Pricing that will make your mouth water

Honda designed the Navi with the general public’s affordability and budget in mind. As a result, the business has ensured that the Navi is one of the most economical two-wheelers on the market in the USA. The vehicle has a price tag of USD 2000.17 that is still quite affordable compared to the choices available in the US market.

Easy to personalize from a variety of options

Honda Navi can be customized to your liking. In this sense, the firm has been kind, providing several decals and cosmetic updates for the Navi. The bike can be converted into a traditional tourer, a good commuter, or even a tiny adventure bike. You may select your favourite decal from a large selection and add numerous accessories to your Navi, such as a front luggage box, headlight grille, and more.

Honda Navi was created with the intent of capturing the attention of the passers-by. The vehicle was designed to make the riders’ presence known wherever they travel. The Navi has become even more popular as a result of its vast choice of appealing colours, which ensure you won’t go unnoticed on the highways.

The Honda Navi is equipped with a 110cc engine and a Continuously Variable Transmission (CVT) transmission. Navi’s automatic transmission makes it a simple two-wheeler to ride for men, women, and individuals who have never ridden a motorcycle before.

While Honda is targeting a variety of clients with the Navi, the motorcycle manufacturer is particularly interested in new riders who will find the new motorcycle to be easy to ride and accessible.

Smaller motorcycles or scooters are preferred by some. This is especially true for those who are learning to ride for the first time. For these and some other reasons, Honda is bringing its new Navi miniMOTO to the United States for the 2022 model year. The Honda Navi miniMOTO sees a big potential market in the United States.

Do you Know? Why Does Bugatti Chiron Use Ceramic Brakes?

Don’t be afraid of the gas station anymore! The Navi’s one-gallon gas tank makes it super cheap to fuel up. You won’t have to fill up your ride as often because it’s fuel-efficient.

Want to have some fun with a friend? No issue; the Navi includes a pair of passenger pegs as standard equipment.

Simply turn the key, push a button, and walk away. The electric starter on the Navi makes getting started a breeze.

This is a key feature that distinguishes this bike from the rest of the miniMOTO lineup. A CVT transmission is standard on the Navi. Not only is there no clutch or shifting, but there’s also no neutral or park, just crank it up, twist the throttle, and go!

Taking your belongings with you has never been easier. This is due to the Navi’s large, lockable integrated storage compartment. It’s big enough to contain a laptop, lunch, and more; what you do with it is entirely up to you!

The Navi is small, which is one of the things that makes it so convenient. It doesn’t require a lot of space for parking that makes it easy to ride even in crowded places and markets. It’s also simple to find a parking spot. It’s around the same size as the Grom, which is another of our favourite miniMOTO motorcycles.

The Honda Navi is said to get 45-50 kilometres per gallon. The scooter is best suited for short-distance rides and regular city commutes. The Navi, on the other hand, does not disappoint, provided you don’t mind slower speed and fewer fuel stops. If you have to travel through crowded areas, it’s a perfect vehicle because of its compact size. Also, it has a youthful appearance and is available in 4 colours, giving the riders a variety to choose from.