2020 has been a year of great distress but maybe it isn’t so bad for automobile enthusiasts in India. One by one, auto companies have launched or are in the process of launching new vehicles or newer versions of the vehicles in India. And now, Toyota is all set to launch an SUV.

Toyota Motor has confirmed the launch date of its brand new ‘youngest urban SUV‘ – the Urban Cruiser. The official launch is next week, on September 23. It is Toyota’s spin-off on Maruti Vitara Brezza.

Competition in The Indian Market

The sub-compact SUV segment is highly competitive in India. And the Urban Cruiser will be Toyota’s second spin-off of a Maruti car, Baleno hatchback being the first one which is sold as Glanza in the Indian market. And as expected from Toyota, it sold a significant number of Glanzas in India. Unlike before, this led the Japanese automaker to create a really strong presence in the more affordable car segment.

During the last week, Toyota motors revealed the interior looks of the brand new sub-compact SUV. The Urban Cruiser will feature premium sporty looking dual-tone dark brown interiors. Also, it will get the same old wide and spacious cabin layout, which is inspired by its donor model.

What Are The Features of Urban Cruiser?

The new Urban Cruiser SUV will be powered by a new K-Series 1.5 litre, four-cylinder petrol engine.

Talking about the transmission, it will be available in 2 gearbox options – Manual Transmission & Automatic Transmission. The interesting part is that the AT variant will feature an advanced Lithium-ion battery along with an Integrated Starter Generator.

The SUV is said to feature electrochromic rearview mirror and cruise control. Apart from it, the SUV will also be equipped with a smart play cast touchscreen with Android Auto/Apple Carplay and Smartphone-based Navigation. 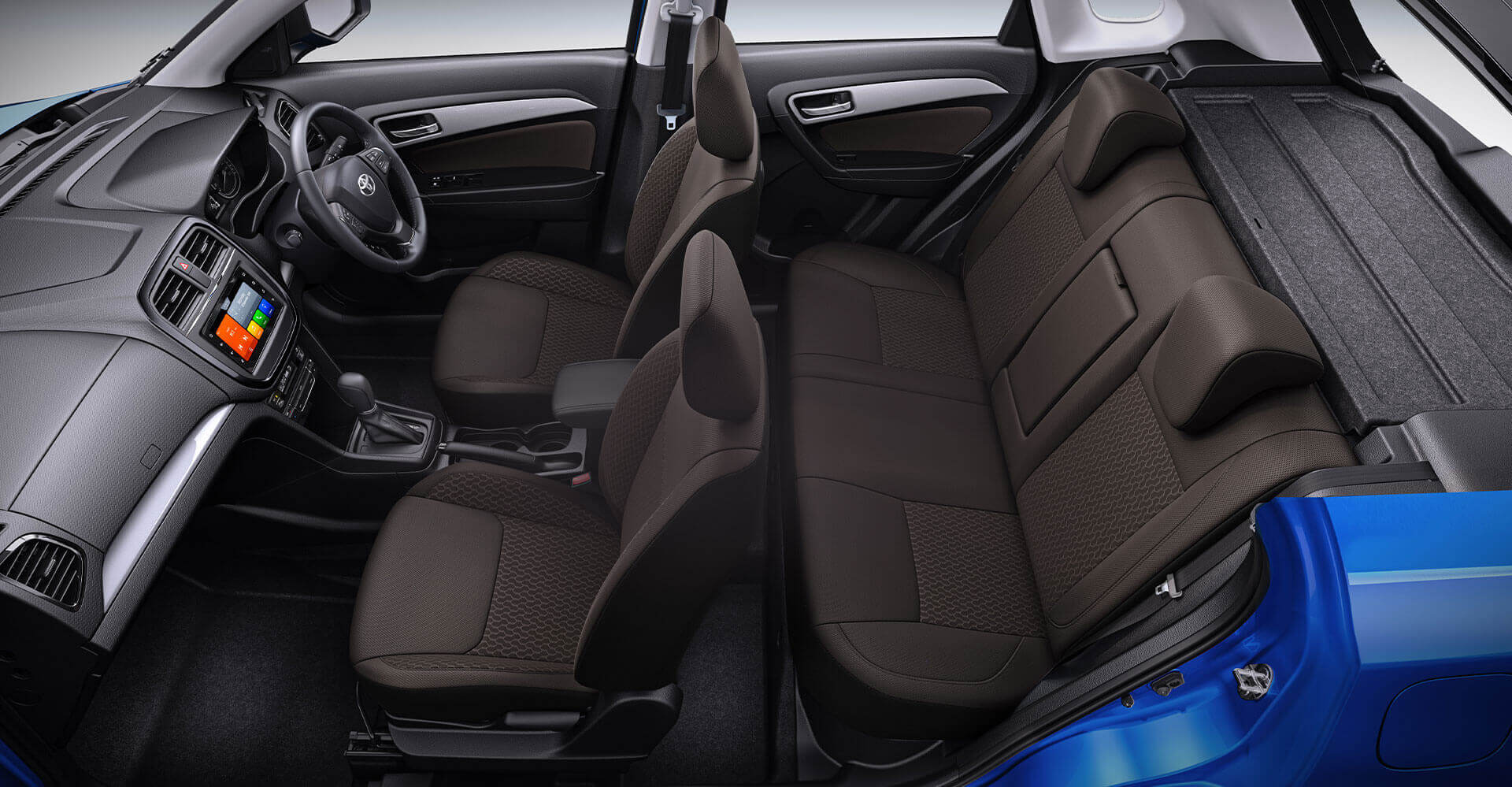 How Much Will Toyota Urban Cruiser SUV Cost?

Toyota has already initiated Urban Cruiser sub-compact SUV’s bookings in India. And if we are to believe dealer sources, the prices of the new SUV will be in the similar range as the Brezza, however, it will be a little expensive in comparison.