Tata Motors has silently updated the infotainment system of the Tiago hatchback and the Tigor compact sedan. Both the models now receive Apple CarPlay in addition to Android Auto that was already available.

Recently, Tata Motors updated the top-end XZ+ variants of the Tiago and Tigor twins, adding a few features to increase its appeal. It was during this update that the 5-inch touchscreen unit was updated to a seven-inch unit but was available only with Android Auto connectivity. Now, the company has begun rolling out both the models with Apple CarPlay connectivity as well. 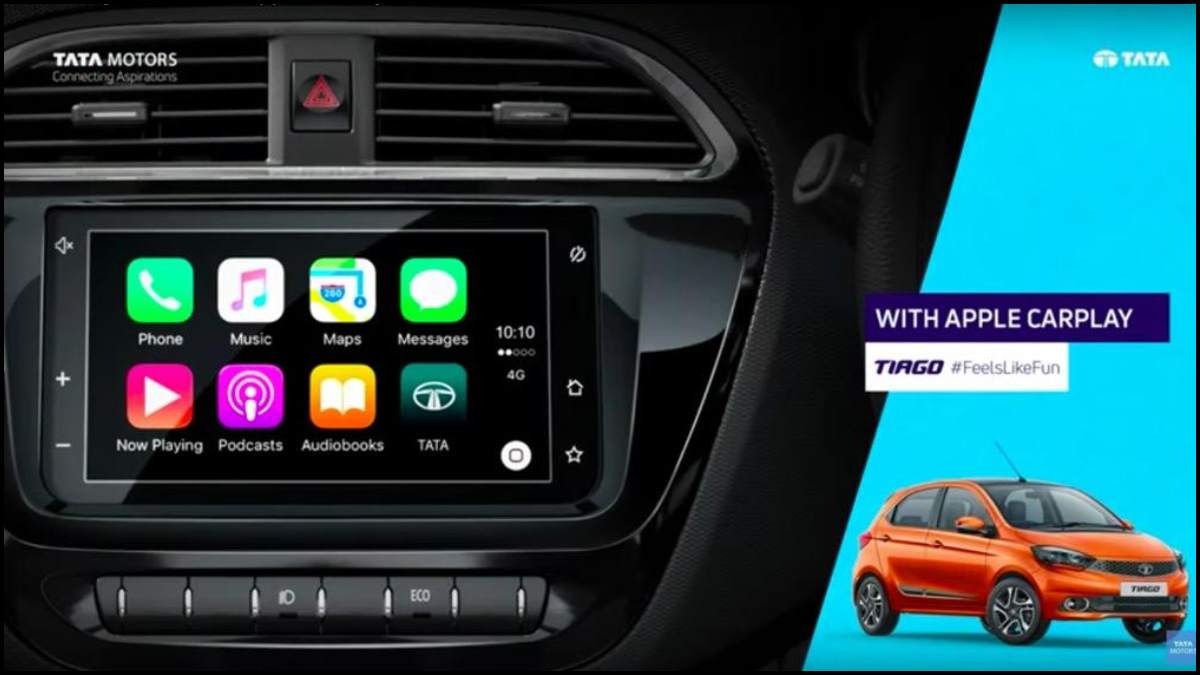 Save for the update of Apple CarPlay connectivity, there are no other updates for the Tata Tiago and Tigor. Mechanically, both the models are offered with the same engine options that include a 1.2-litre, three-cylinder, Revotron petrol engine that produces 85 hp and 114 Nm of torque and a 1.05-litre, 3 cylinders, Revotorq diesel engine that is capable of producing 69 hp and 140 Nm of torque. Both engines are paired to a five-speed manual transmission as standard while the petrol variants can be had with a five-speed AMT unit.