Mahindra & Mahindra unveiled the XUV300 earlier this month. The compact SUV, which is based on the same platform as the Ssangyong Tivoli, will be launched in India on February 15, 2019.

While the XUV300 from Mahindra looks similar to the Ssangyong Tivoli, the Indian SUV maker has made a few noticeable visual changes to the model. Up-front, the latest compact SUV from the house of Mahindra features a new grille with chrome inserts, flanked by projector headlamps with LED DRLs on either side. The front bumper and the L shaped fog lamp housing in it are inspired by its elder sibling, the XUV500. At the rear, the model benefits from a dual tone bumper and wrap-around LED tail lights while the side profile receives 17-inch alloy wheels.

In the features department, the new Mahindra XUV300 will come equipped with a large touchscreen infotainment system, sunroof, dual tone dashboard, reverse camera, steering mounted controls and a segment-first dual-zone climate control system. Also on offer will be an array of safety features that include seven airbags, ABS with EBD, disc brakes on all four corners and ISOFIX mounts. 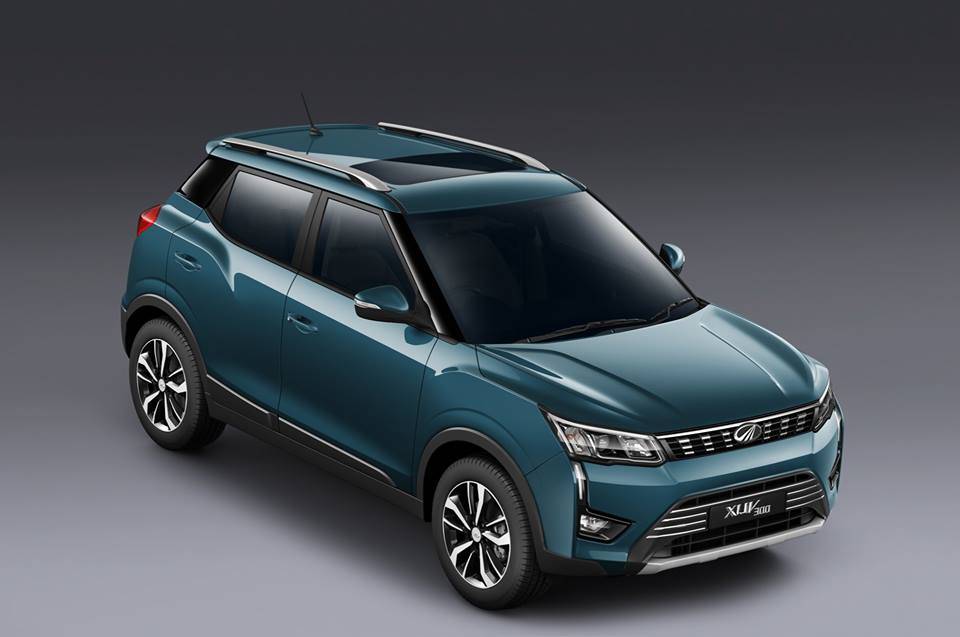 At the heart of the upcoming Mahindra XUV300 will be the 1.5-litre diesel engine that made its debut on the Mahindra Marazzo. This engine will be paired to a six-speed manual transmission. The company is also likely to offer a 1.2-litre petrol engine and an AMT variant sometime later during the product’s lifecycle.