A fleet of Mahindra TUV300 has joined the fleet of the Andhra Pradesh (AP) police force. Chandrababu Naidu, Chief Minister for the state, flagged off the fleet of new vehicles at IGM Stadium located in Vijayawada.

The Andhra Pradesh police force has added 242 units of the Mahindra TUV300 SUV to its fleet. Currently, the model is also used by other police forces located in regions such as Mumbai, Kerala, Rajasthan and Arunachal Pradesh. 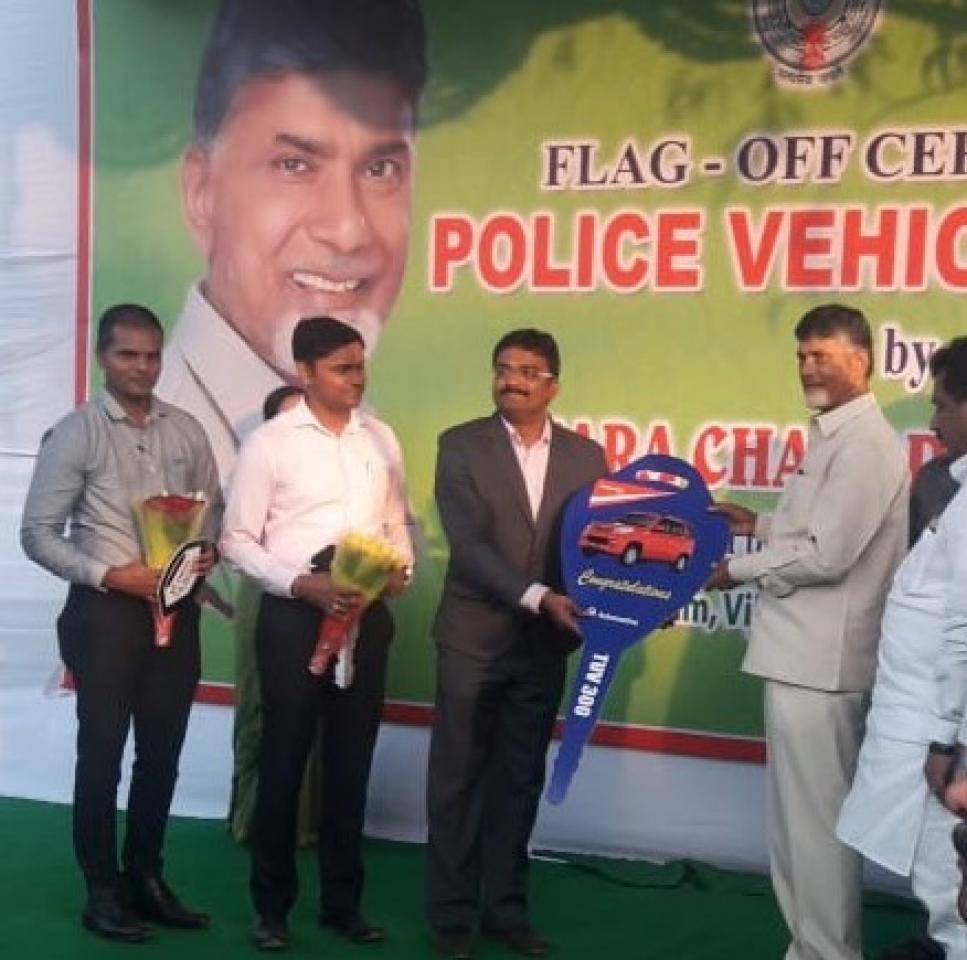 Finished in a shade of White, the Mahindra TUV300 for the AP police force comes equipped with police livery, AP police logo on the bonnet and a light bar on the roof. The model is a sub-4 meter SUV and can seat seven passengers.

Powering these Mahindra TUV300’s is a 1.5-litre mHawk100, turbocharged diesel engine that is capable of producing 100 hp at 3,750 rpm and 240 Nm of torque between 1,600-2,800 rpm. This engine is mated to a five-speed manual transmission. Mahindra also offers a five-speed AMT variant for the TUV300.