MV Agusta has launched the limited edition Brutale 800 RR America in India, with prices starting at INR 18.71 lakh (ex-showroom, pan India). The 800 RR America costs INR 30,000 less than the model it is based on, the standard Brutale 800RR, which costs INR 18.99 lakh. This price difference is being attributed to the stronger value of the Rupee in international markets. Globally, the model is said to cost USD 200 (approximately INR 14,000) more than the standard variant.

The MV Agusta Brutale 800RR America is inspired from the 1975 MV Agusta S America 750. To differentiate the model from the standard variant, the Brutale 800RR America features red, white and blue livery, inspired by the US flag. Also on offer is an ‘America Special Edition’ decal on the instrument console as well as a production number of the particular motorcycle. Only 200 units of this model will be produced globally of which 5 units are allocated for India. Owners of this limited edition model will also be given a certificate of authenticity. 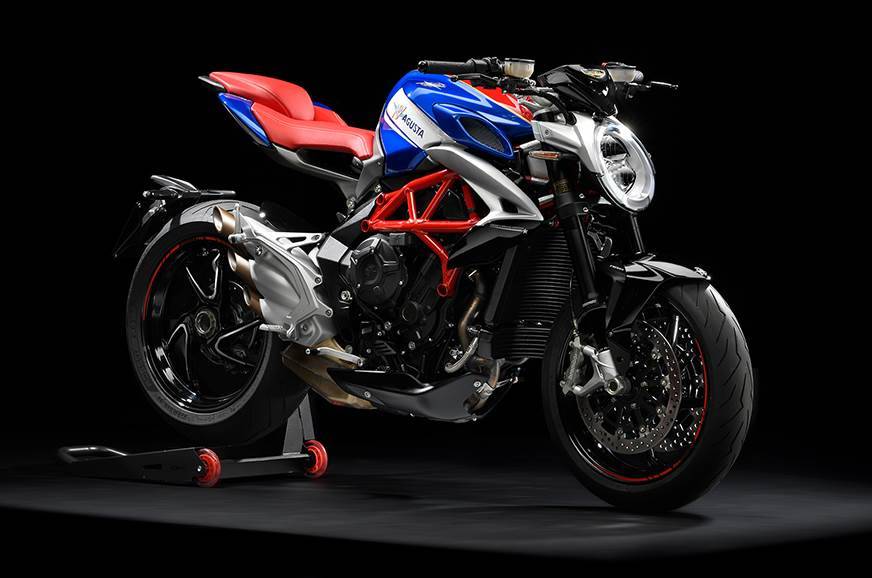 Save for the cosmetic changes, there are no other changes to the MV Agusta Brutale 800RR over the standard model. Powering the motorcycle is the same 798cc, in-line three-cylinder, a liquid cooled engine that is capable of producing 140 hp at 12,300 rpm and 87 Nm of torque at 10,100 rpm. This engine is mated to a six-speed transmission with a slipper clutch.