Automobili Lamborghini has revealed the second generation of the Huracan, which has been christened as the Huracan Evo. The model was teased earlier this week on the owner-only app, revealing a few design elements of the updated model.

In the design department, the front fascia of the new Lamborghini Huracan Evo features a new front bumper with an integrated splitter and new Y shaped air-intakes. On either side, the model receives new air intakes and alloy wheels. At the posterior is where the most significant changes in the Huracan Evo lie, with the model boasting dual exhaust pipes, positioned higher up on the body (similar to the ‘Huracan Performante’) and a new rear bumper with an integrated spoiler. 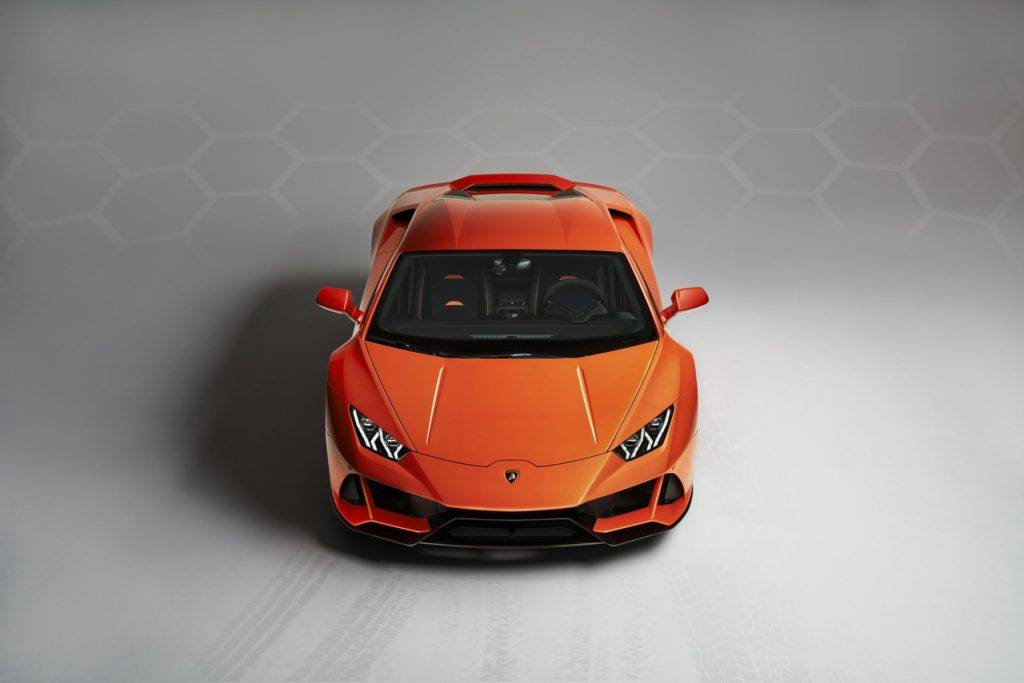 Powering the 2019 Lamborghini Huracan Evo is the same 5.2-lire NA V10 engine. This engine though has been retuned and now produces 30 hp more than its predecessor, taking the current output to 640 hp and 600 Nm of torque. The Huracan Evo can sprint from nought to 100 km/h in a mere 2.9 seconds, while the 0-200 km/h mark comes up in 9 seconds flat. The top speed of the model remains unchanged at 325 km/h. 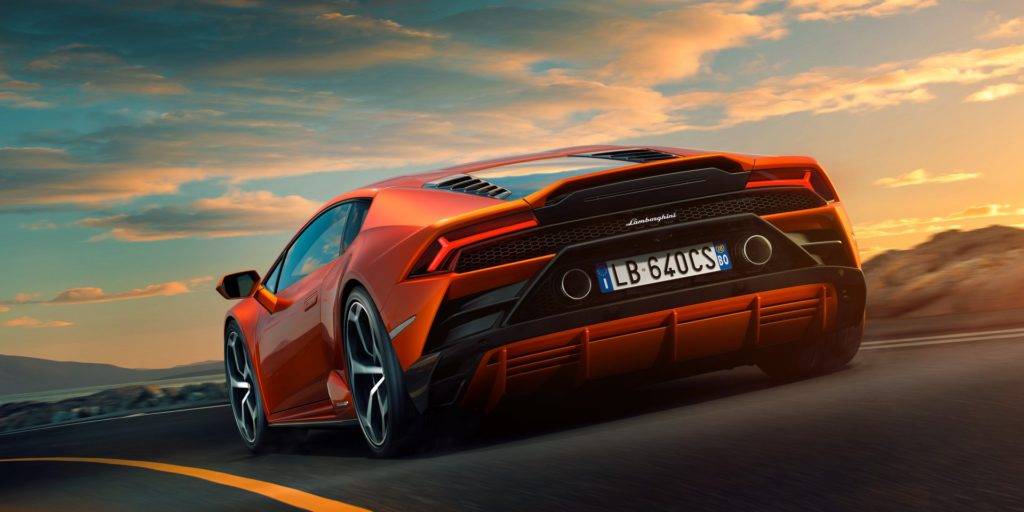 Inside, the Lamborghini Huracan Evo comes equipped with a new 8 .4 inch touchscreen interface with multi-finger gesture control that sits on the centre console. This interface lets the user control various elements such as climate control, infotainment as well as a voice command system. Also on offer are a high capacity hard disk and an optional dual camera telemetry system. A few other optional features include Lamborghini’s Forged Composites and Carbon Skin and a customizable ambient lighting system. 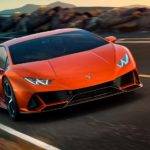 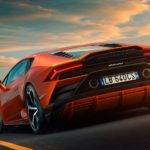 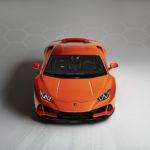 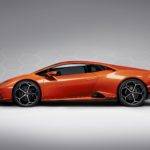 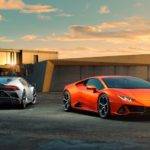 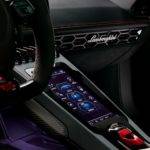 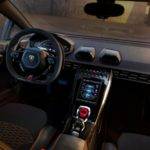