KTM India has launched the all new Duke 125 with ABS in the country, with prices starting at INR 1.18 lakh (ex-showroom, Delhi). With this launch, the KTM Duke 125 becomes the most powerful motorcycle in its segment in India.

The India-spec KTM Duke 125 shares it’s styling with the Duke 200, unlike the international-spec model that is inspired by the Duke 390. One can distinguish between the Duke 200 and the Duke 125 with the help of the new graphics that the latter adorns.

Powering the KTM Duke 125 is a 124.7 cc, single cylinder, the liquid cooled engine that is capable of producing a maximum power output of 14.5 hp at 9.250 rpm and 12 Nm of torque at 8,000 rpm. This engine comes paired to a six-speed transmission that sends power to the rear wheel. 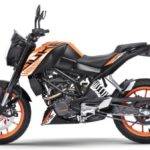 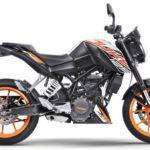 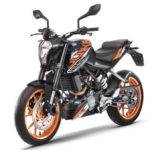 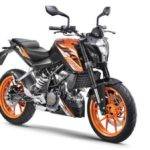