Ahead of its speculated launch that is expected to take place late next year, the KTM 390 Adventure has been spotted in India for the very first time. The images said to have been taken in Pune, Maharashtra, reveal a fully camouflaged test-mule of the ADV variant of the 390 model.

The spy images suggest that the Adventure model based on the 390 variant, which is similar to the international test-mules, is in the near-production form. One feature that differentiates the global-spec test-mule and the India-spec test-mule is that the latter comes with alloy wheels, unlike the former which has been spotted testing with spoked wheels. It is likely that the KTM 390 ADV that will be sold in India would be available with alloy wheels although the spoked wheel variant cannot be completely ruled out either. KTM India could also offer the 390 Adventure with spoked wheels as an option. 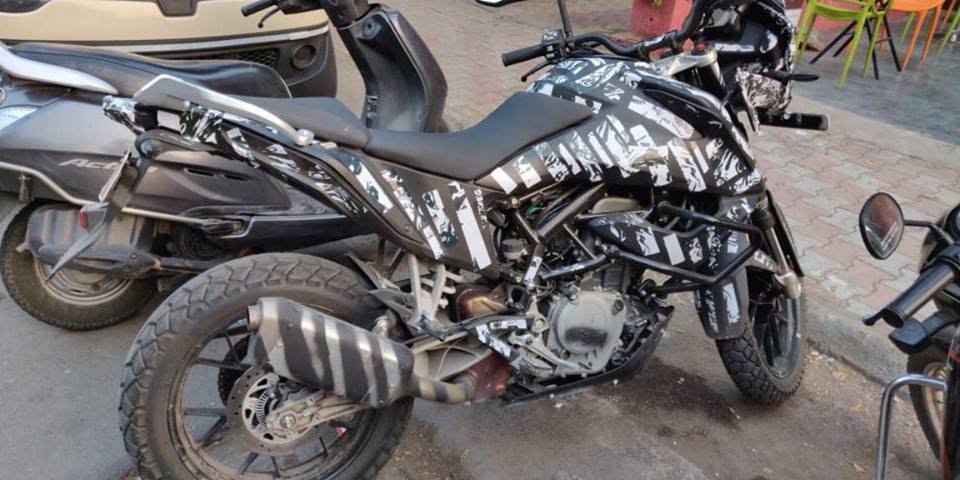 The upcoming KTM 390 Adventure is based on the same platform as the KTM Duke 390 and shares a few elements such as the LED headlamps, LED turn indicators, tank shrouds, large TFT display and switchgear. A few unique features seen on the test-mule include a windscreen, rider footrest with removable rubber, redesigned tank and 17 inch and 19-inch alloy wheels with knobby tyres at the front and rear respectively.

Engine specifications are likely to remain unchanged; however, the new KTM 390 Adventure is expected to receive a different state of tune with higher low-end and mid-range torque. The power output is likely to be in the range of 44 hp, while the six-speed transmission will be carried over from the regular 390 series.