Honda Motorcycles and Scooters India (HMSI) has announced that the Neo Sports Café inspired CB300R will be launched in India soon. The company has also revealed that bookings for the model have commenced and can be made against an amount of INR 5,000. Additionally, Honda has said that the model will arrive via the CKD route with a price tag of less than INR 2.5 lakh (ex-showroom).

Feature-wise, the Honda CB300R comes equipped with an LED headlamp, LED tail light, LED turn indicators and a fully digital instrument cluster. A few other highlights of the motorcycle include 41mm inverted telescopic forks at the front, a 7 step adjustable Mono Shock suspension at the rear and 17 inch alloy wheels wrapped in 110/70 and 150/60 section tyres at the front and rear respectively, Braking duties on the model are taken care of by a 296mm disc and a four-pot calliper at the front and a 220mm disc with a single-pot calliper at the rear. Also on offer is a dual-channel ABS system with an IMU (Inertial Measurement Unit). 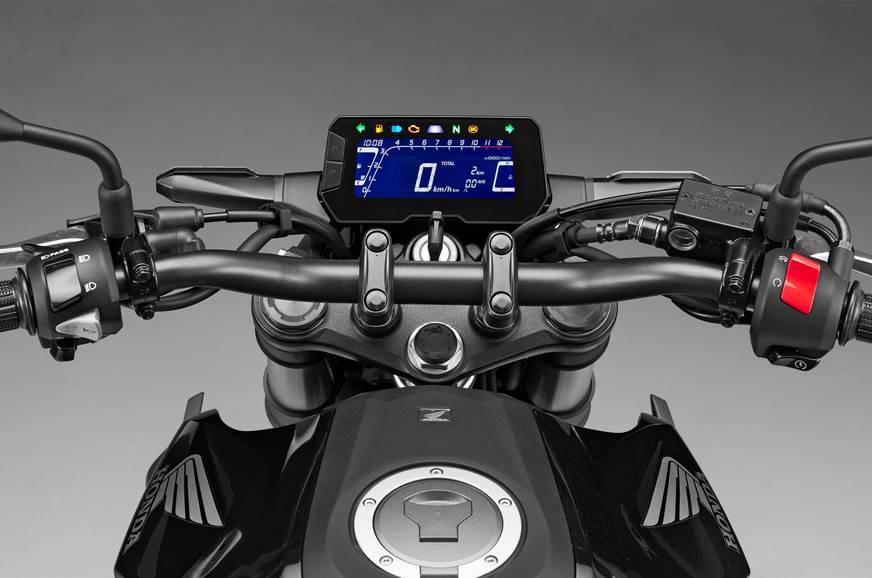 Powering the Honda CB300R is a 286cc, single cylinder, a liquid cooled engine that is capable of producing 31 hp at 8,500 rpm and 27.5 Nm of torque at 7,500 rpm. This engine is paired with a six-speed transmission. The model will be available through select Honda dealerships across the country in two colour options including Matte Axis Gray Metallic and Candy Chromosphere Red.