Cruising cars on highways could be fun as well as dangerous. Even the most experienced drivers could make minor mistakes that could be life-threatening.

The safety of our long-drives is subjected to multiple things that are not in our hands like weather, condition of the road, reckless driving by other people – all of which could lead to fatal injuries and irreparable damages to our vehicles.

In the past getting injured in such incidents was way too common but due to the advent of the Anti-lock Braking system our cars and moreover our lives are much safer than before.

In this article, we will discuss the entire functioning, effectiveness, and need for ABS in our vehicles.

What is ABS and Its Brief History

The anti-lock braking system was first introduced in the 1970s by major car-producing companies to avoid the locking of wheels during situations when you need to push the brakes to the floor.

Earlier stopping a car on a wet or slippery road was a challenging task. Sudden & heavy braking has often led drivers to lose control of the steering & defying them of saving themselves from accidents in the past.

When a driver applies brakes hard, it leads the wheel to skid freely instead of rolling thus, resulting in a collision.

But now things have completely changed thanks to the ABS or Anti-lock braking system, This technology helps to avoid locking of the wheels & allows the drivers to apply brakes freely.

ABS technology is able to do that by constantly applying & releasing pressure on the wheels.

If there were no ABS applying pressure on each wheel, for an optimum time period, the friction between the surface and wheels would become less compared to that between brake and wheel – setting on cars in free motion. 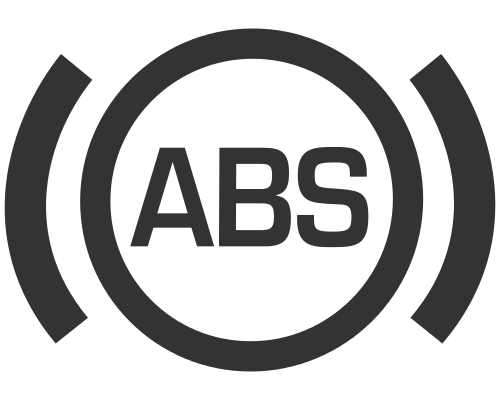 How does ABS Work?

You would be enthralled to know that not all ABS works in a similar manner. With the advent of technology and development in hydraulic sciences, there are plenty of upgradations already done to make your journey safer.

However, fundamentally all the ABSs have speed detecting sensors and pressure valves that keep the hydraulic pressure of the brakes in check.

Let us now understand in detail how an Anti-lock braking system works.

The ABS might be present on all of the 4 or just front wheels of the car depending upon its model. Hence, not all cars have active 4-wheel ABS.

There are Majorly 4 components of an ABS System:

Effectiveness and Limitations of ABS

In various studies, it has been proven that cars fitted with ABS systems showed a 35% reduction in the frontal collision on wet roads and up to 9% reduction on dry roads. However, the true impact of the ABS in a car could not be assessed without taking into account the skills of the driver.

The alertness and vigilance of us as a driver is a prerequisite to avoid any accidents and to test the full ability of any fitter safety system. Studies suggest that if a driver is too reckless during driving, the chances of getting an accident occurring are increased.

However, there is a very popular myth associated with ABS Systems. The myth states that ABS System helps in reducing the stopping distance, thus, it is its primary purpose.

But this is not true. The primary purpose of an ABS System is to prevent locking of wheels during braking & thus, keeping the car from skidding on the road.

But does ABS Technology not have any demerits? Well, there is. But just one.

An ABS System increases the price of the car, thus hampering with your budget. Plus, you need to get insurance for the same which can also raise the cost.

If you’re wondering whether ABS systems are limited to just cars, then let us clarify that for you.

Also Read: What are Spark Plugs?

You may have seen bikes with ABS systems fitted. But did you know who started it first? It was Harley Davidson!

They started offering ABS in the bikes as early as 2005 especially, to the police workers. By 2008, it became an integral component for all Harley bikes.

To understand how ABS actually works in bikes we can think of it as a miniature version of the ABS System in the cars. The fundamentals are the same. However, there is a Toothed Disc attached to the wheel that helps the sensor to read the speed of the wheel.

Also Read: What is SOHC & DOHC?

To Sum It Up

Anti-lock Braking System or ABS is a revolutionary technology that helps people to avoid skidding their car. This saved innumerable accidents from occurring thus, saving thousands of lives.

If you take our advice, you should keep the ABS System as one of the major deciding factors while buying a car or a bike.

What do you think about this article? We would love to hear it from you! Leave your message in the comment section.