Nowadays, people look for fancy features in a car and “Sunroof” is one of them. This particular feature could be mostly seen in luxury cars in the olden days. But with the increasing popularity among car-buyers, sunroofs are now available in various affordable-range cars.

From compact SUVs to premium hatchbacks like the Hyundai i20, most market leaders are now offering an electric sunroof. Nowadays, manufacturers have started offering a “panoramic sunroof” to stand out. What makes it different from a traditional sunroof is that a panoramic sunroof covers the entire or majority of the roof. Along with the majestic sky view and natural ventilation, panoramic sunroofs also work best for claustrophobics.

So, let’s dig straight into the best cars in India that offer panoramic sunroofs. 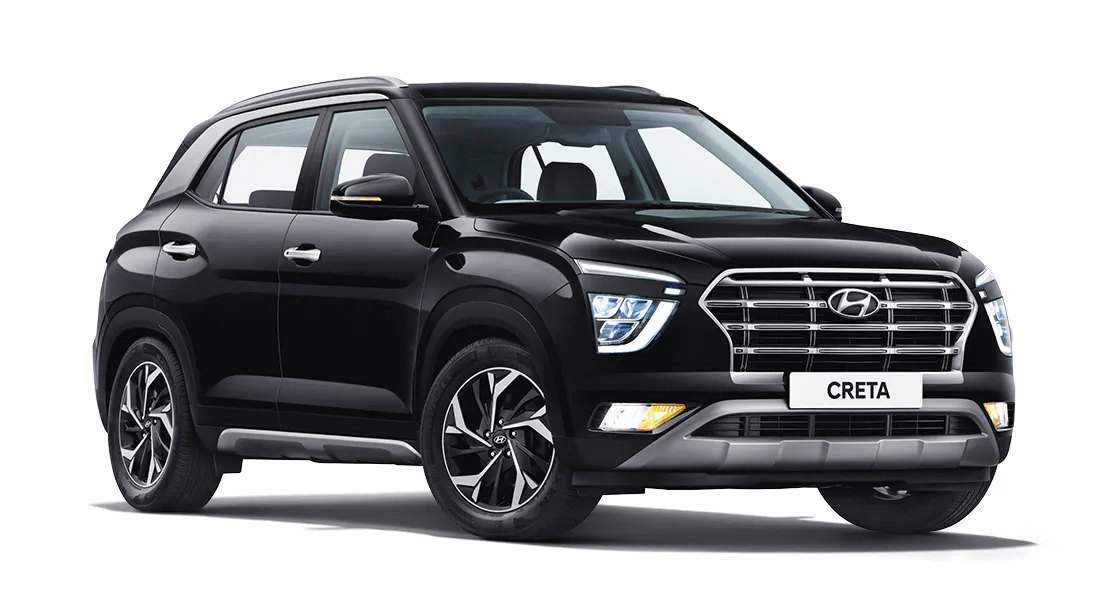 Starting from Rs. 13.79 lakhs (ex-showroom), the Hyundai Creta is the most affordable car in India to offer a panoramic sunroof. This feature is available with the SX and SX(O) variants starting from Rs 16.36 Lakhs. The older versions of Hyundai Creta are already one of India’s best selling midsize SUVs. The addition of panoramic sunroof in its latest models has further enhanced its demand in the Indian market. Although the SX variant has been discontinued, you can go for the SX (O) variant, the top model of the Creta lineup. 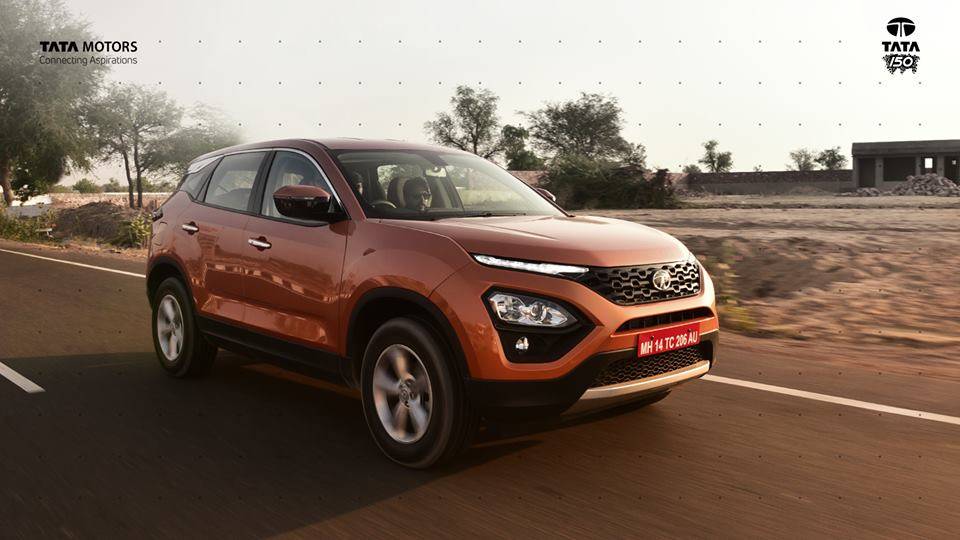 The Tata Harrier is a five-seater compact SUV that has been in the market since 2019. However, the popular crossover SUV had launched a new lineup in 2020 with a fantastic upgrade. The Tata Harrier XZ Plus has a panoramic sunroof, and this model is priced at Rs. 19.59 Lakh (Ex-showroom). They have recently launched an XZ Plus Dark Edition, a diesel variant in the Harrier lineup. This Dark Edition is also gaining popularity among car-buyers due to its smashing looks. 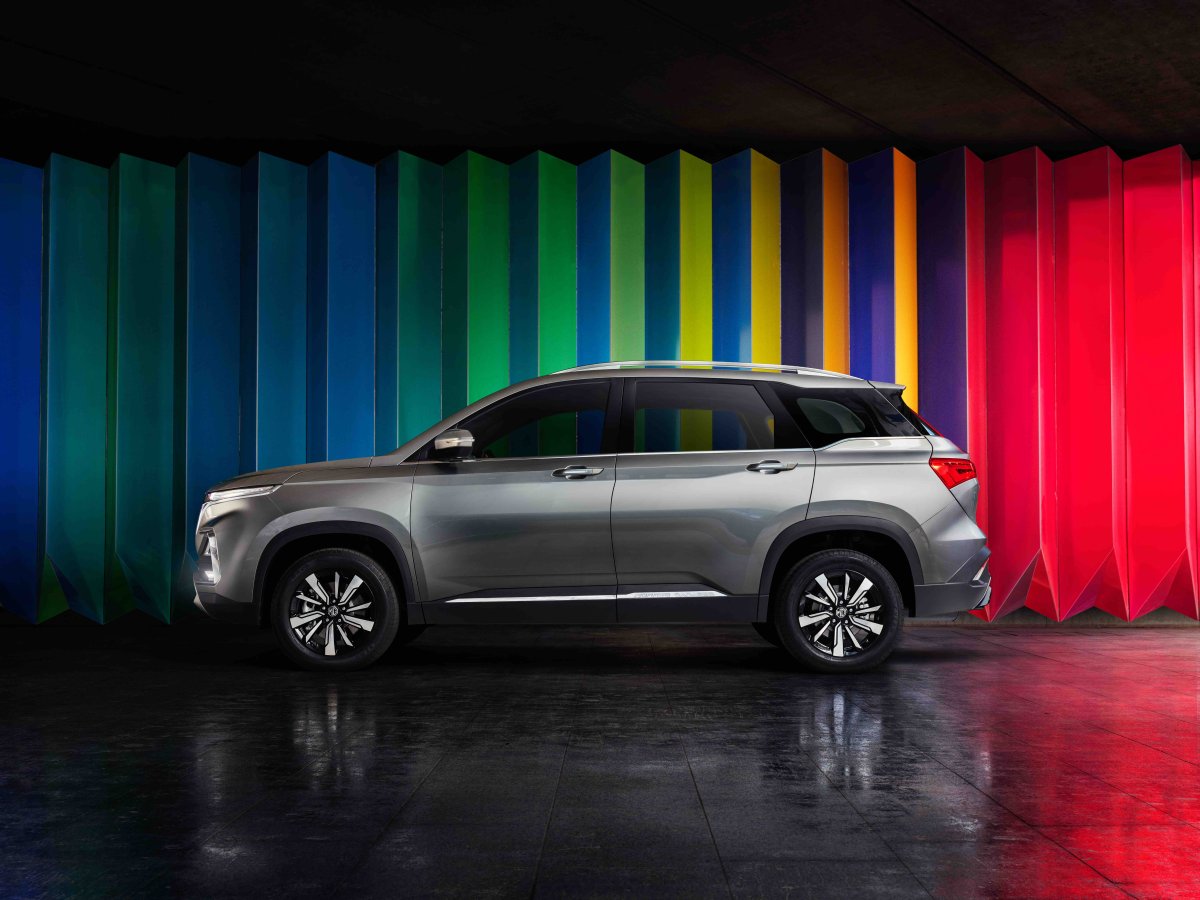 MG Motors is fairly new in the Indian market with its wide range of luxury SUV cars. In 2020, MG came up with a strong release of an affordable midsize SUV- MG Hector. The MG Hector is one of the earliest and cheapest midsize SUVs to offer a panoramic sunroof. The model is included in their top-end “Sharp” variant, which starts from Rs. 19.35 Lakh (ex-showroom). 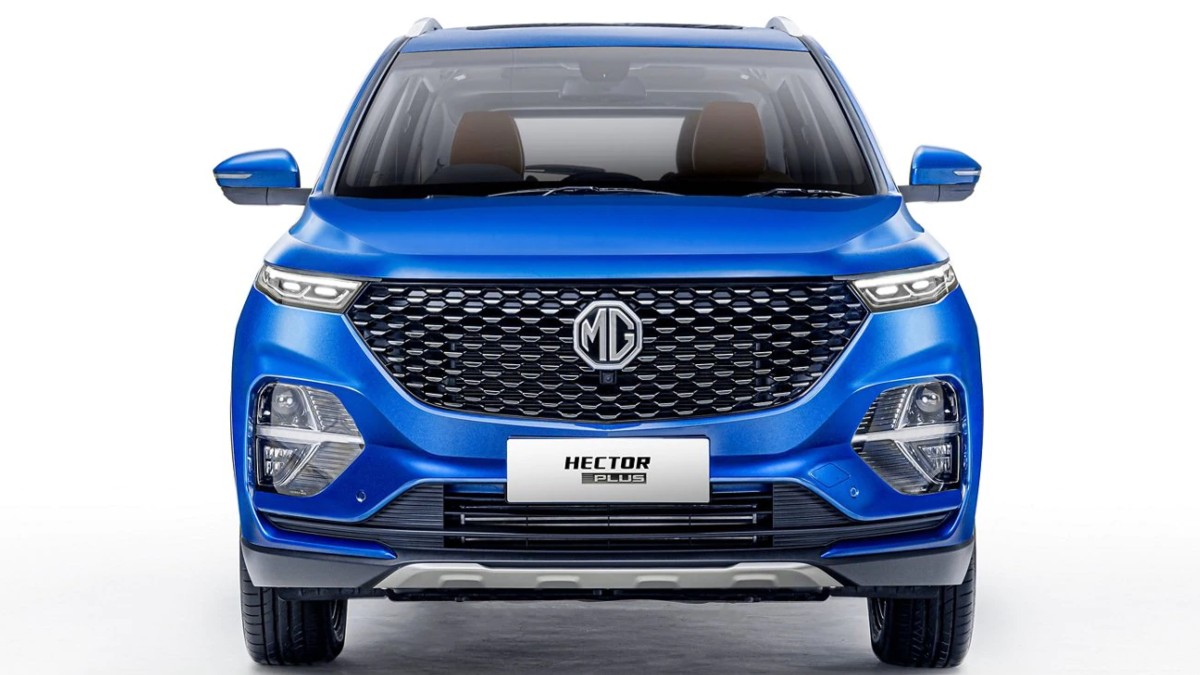 Another affordable midsize SUV by MG with a panoramic sunroof is the Hector Plus. Yes, it sounds similar to the earlier MG Hector because it is basically a bigger edition of the same. MG Hector Plus accommodates an additional row of seating, making it a 7-seater, unlike the 5-seater Hector. So, if you are looking for a similar look and features as the MG Hector but want bigger accommodation, Hector Plus is the one. Again, it is the “Sharp” variant that comes with a panoramic sunroof, starting at Rs. 19.99 Lakh (ex-showroom). 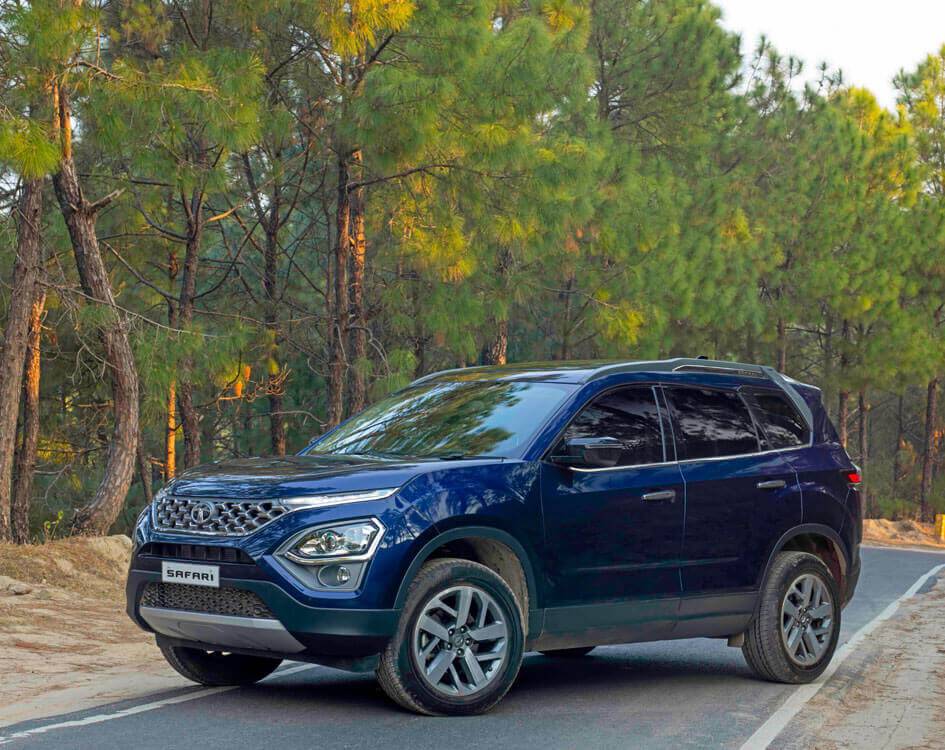 We all know the TATA Safari as an iconic SUV model in India. This year, the popular car model has made a significant comeback, known as the XT Plus. The vehicle has improved with many more premium features, primarily the panoramic sunroof. The TATA Safari XT Plus is a diesel variant in the Safari series and starts from Rs 18.79 Lakh (ex-showroom).

Also Read: What are the Different Types of Wheels?

The MG ZS EV 2021 is currently the only electric vehicle in the Indian market that offers a panoramic sunroof. This SUV has been upgraded and comes as an ‘Exclusive’ variant that features a Dual-Pane Panoramic Sunroof. The vehicle promises zero-emission and comes with unique features like the PM 2.5 filter, electric gear shift knob, three driving modes, etc. The MG ZS EV 2021 costs Rs. 24.18 lakhs ex-showroom. 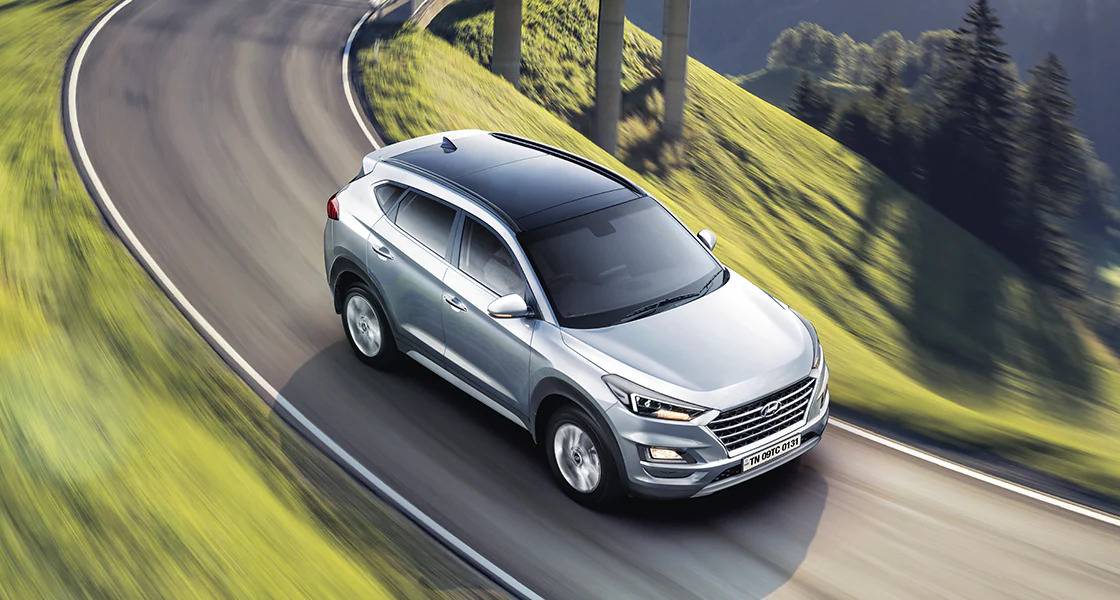 Tucson is another flagship by Hyundai. This model came with significant upgrades last year, including the panoramic sunroof. The new model has substantial interior and exterior design tweaks, such as sharper headlamps, twin-exhaust tips, the latest Hyundai BlueLink technology, and a list of safety features. Also, It was the first car in India to have Hyundai’s BlueLink connected car technology. The Hyundai Tucson 2020 is available in petrol and diesel variants, starting from Rs 22.69 Lakh. 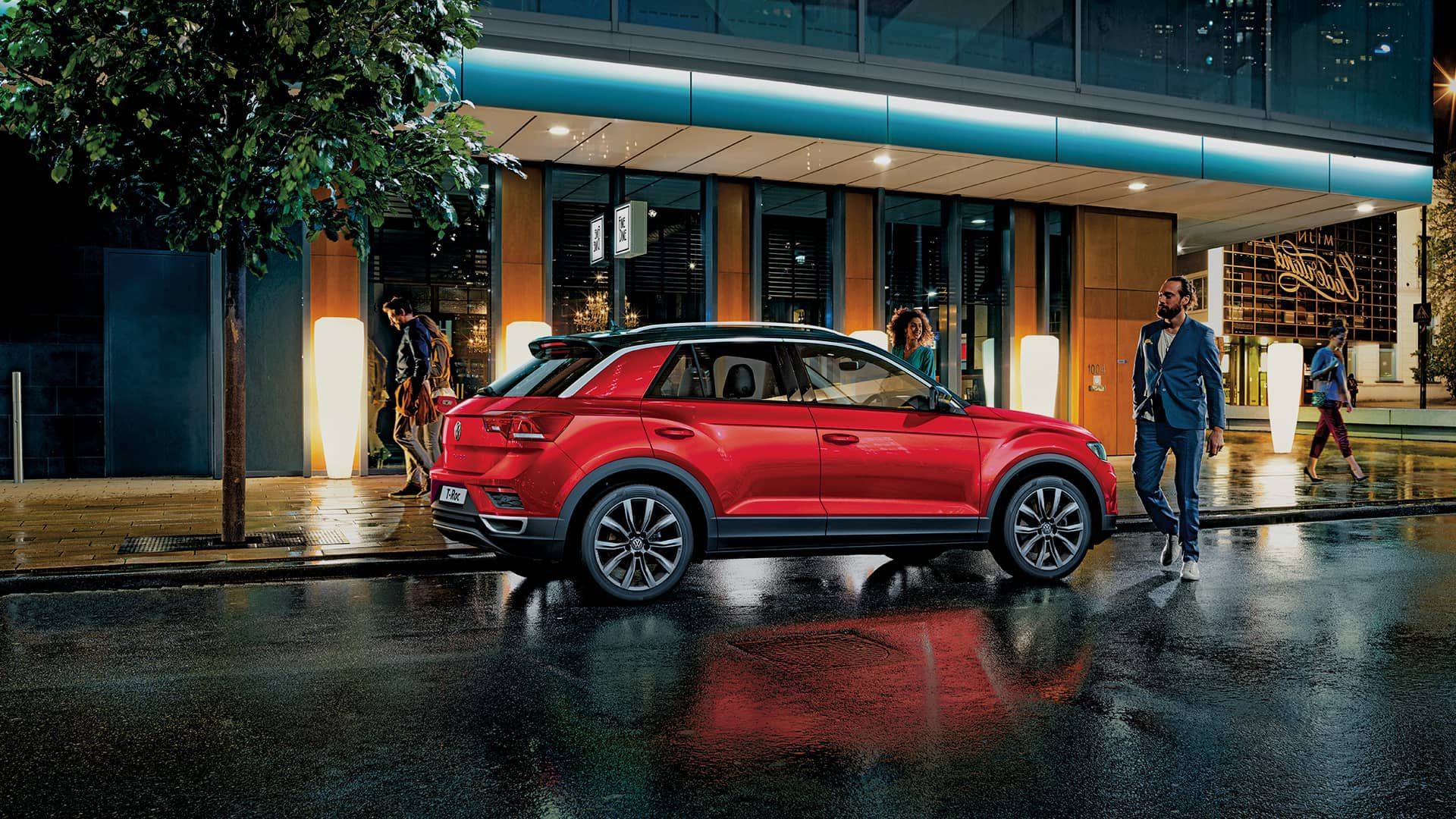 Volkswagen’s T-Roc is another entry-level SUV introduced last year in India. The T-Roc comes as a single fully-loaded variant, priced at Rs 19.99 lakh (ex-showroom). The T-Roc is imported into India through the CBU route. This five-seater midsize SUV boasts robust features and an impressive sporty look. Apart from the beautiful panoramic sunroof, you can enjoy the latest features like dual-zone climate control, an 8-inch touchscreen infotainment system, a 12.3-inch virtual cockpit and much more. 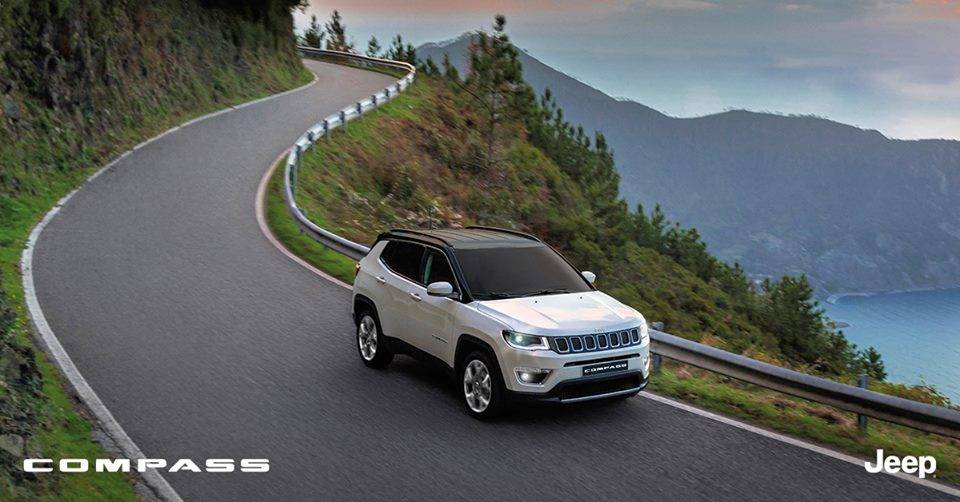 The Jeep Compass came up with a substantial upgrade in 2018. Although there are no mechanical changes, it has improved interiors and a new panoramic sunroof. The Jeep Compass Limited Plus variant comes with a dual-pane panoramic sunroof. Other robust features include (10.1) Touchscreen Display, wireless Android and Apple Play, 8-way Power Driver Seat – With Memory Function, and much more. This model is available in both petrol and diesel variants starting from Rs. 22.89 lacs (ex-showroom).

Launched this year, Alcazar is the latest release in the seven-seater segment. Just like Creta, the Hyundai Alcazar also features a large panoramic sunroof. Interestingly, you can also control this sunroof through the voice command feature. This panoramic sunroof is present in Alcazar’s base variant known as the Prestige Variant, starting from Rs 19.53 lakhs (ex-showroom).

Today, panoramic sunroofs are one of the most demanded features among car-buyers. The majestic panoramic sunroof and other modern features enhance both aesthetics and functionality of a vehicle. All the top players that have made it to the above list are priced under 25 lakhs, making luxury more affordable than ever.