Spy images shared on the web reveal new variants of the Aprilia SR150 and the Vespa 150. As seen in the spy images, both the models are equipped with ABS at the front, both of which are likely to be a single channel unit.

The ABS equipped variants of the Vespa 150 and Aprilia 150 have been spotted uncamouflaged, hinting that the launch might not be far away. The move to equip the models with ABS comes due to the upcoming government ruling which makes it mandatory for two-wheelers with an engine displacement of more than 125cc to come equipped with ABS. Just so you know, two-wheelers with a displacement of less than 125cc will be required to have a Combined Braking System (CBS) as standard from April 2019.

Powering the Aprilia SR150 is a 154cc, single cylinder, air cooled engine that produces 10.25 hp and 11.4 Nm of torque, The Vespa 150, on the other hand, is propelled by a 150cc, single cylinder, air-cooled motor that is capable of producing 11.4 hp and 11.5 Nm of torque. Both the models are equipped with a CVT transmission. One can expect a price hike of approximately INR 5000 with the addition of ABS as a safety feature. 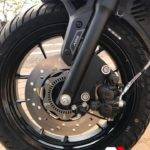 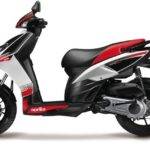 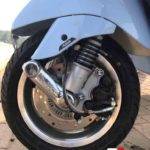 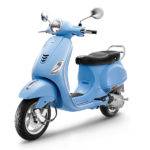