The gauge cluster, also known as the information cluster, is extremely important for keeping you informed while driving a car or riding a motorcycle. These can be in the shape of analogue gauges, digital gauges, or a combination of the two in current cars and bikes. Let’s have a look at this retro-modern war with Analogue vs. Digital gauges.

They display your speed, engine RPMs as well as a variety of other warning signals. Despite their differences in strengths and drawbacks, both do an outstanding job of providing you with the information you want as a driver or rider. 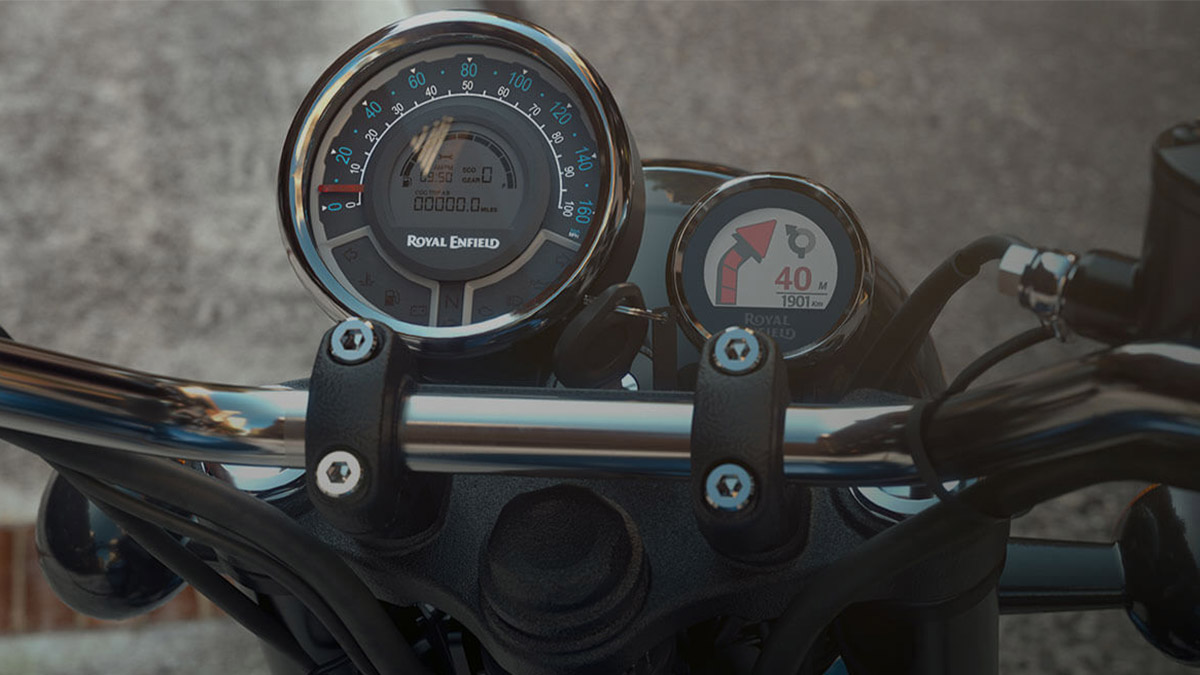 Analogue gauges, also known as analogue dials, are a more traditional way of measuring a parameter in your car or bike. These are also available in a more straightforward style with minimal to no added complexity – what you see is what you get.

These dials will tell you everything you need to know about your vehicle and what’s going on with it. When it comes to the analogue style, it’s easier to keep track of the change because the dial moves up, and a three-dimensional object jumps out at you to demonstrate what needs to be presented.

However, parallax flaws and the physical limitations of the gauges’ motors may restrict the precision of the analogue gauges. If an engine revs up quickly, for example, the analogue motor in the gauge cluster may not spin fast enough to display the information just when needed. The Lexus LF-A and its V10 engine are in the same boat.

An analogue temperature gauge, for example, will only provide information based on the increments displayed on the dial unless there are demarcations for specific temperature readings. In either case, it performs a good enough job of indicating whether your car or bike is running hot or cool. It is unable to provide you with the exact temperature at which your vehicle is operating. 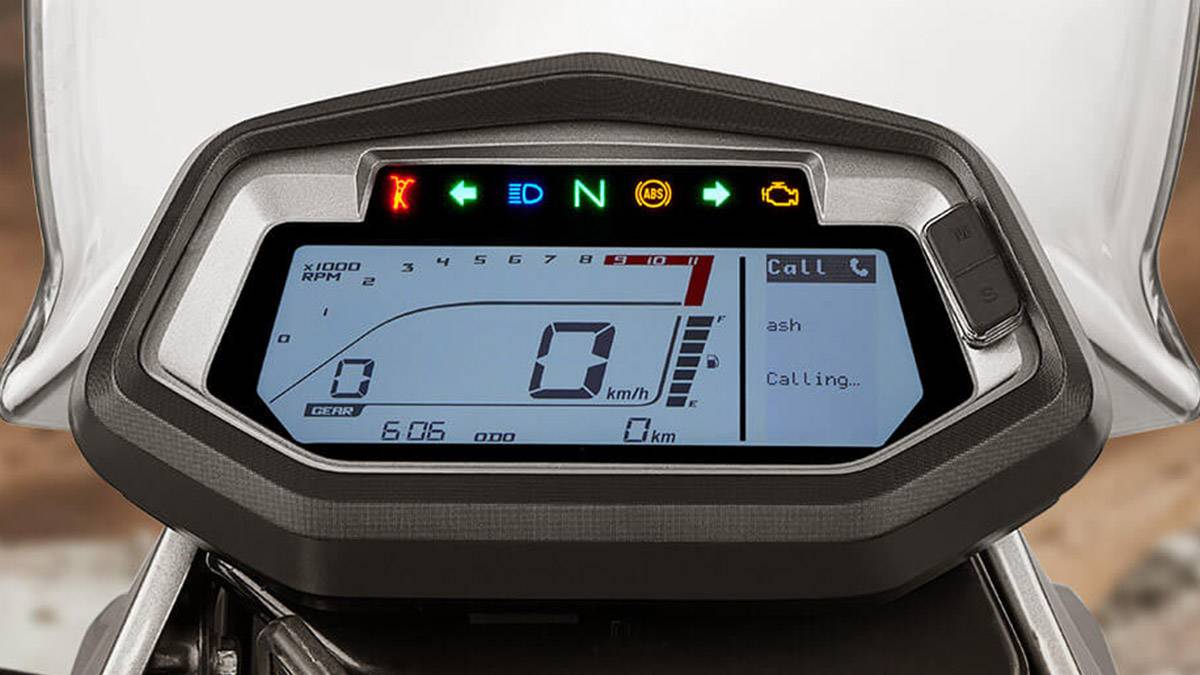 When it comes to digital gauges and displays, they function similarly to analogue dials. Because you don’t have to rely on measurement increments and avoid parallax error to establish what is truly being presented, these gauges are more precise when it comes to displaying information. A full-digital display can also be adjusted, with the layout changing depending on the drive mode or the driver’s preferences.

Because what is displayed can alter depending on what the driver wants to view or what the car  or bike needs to display, the information density can theoretically be much higher than that of an analogue cluster.

Digital screens, despite their sophistication, have a flaw. The issue is with the screen’s latency and refreshes rate. Digital displays, unlike analogue dials that have a tangible as well as a mechanical relationship to the object being monitored, must cope with a refresh rate. Most recent smartphones have a 60Hz refresh rate, which is enough, although even this has a slight lag, especially when displaying moving things.

Also, digital speedometers display the speed in actual figures based on sensor data. But there is a lag between what is displayed and what is read by the sensor, which depends on how rapidly the sensor reads the data and how fast the screen refreshes.

Regardless, digital displays can be more precise, particularly when gauging speed. A digital display can display your speed down to the first unit of measurement, eliminating the need to estimate your speed with an analogue dial.

As a result, knowing if you’re travelling at 97 km/h on a digital gauge cluster is far easier than on an analogue one. A digital display can also display practically anything, making it more information-dense than an analogue cluster.

Entering sport mode in a car or bike is an example of this. The rev counter and speedometer will be highlighted in the digital cluster. The same may be true about automobiles that switch to the environmental mode or hybrid vehicles that switch to all-electric mode.

Only the information required for that mode will be displayed on the digital display, allowing you to concentrate on driving. On the other hand, you can adjust the arrangement of the display in particular vehicle modes to better suit the type of information you wish to be prominently shown.

For testing and regulating the charge, digital gauges are significantly superior, and they’re a must if you want precise superheat and subcooling data. Temperature clamps attach to the liquid and suction lines on digital gauges, which also include built-in pressure-temperature charts. Simply inform the gauge set what refrigerant you’re testing, connect the hoses and temperature clamps, and get real-time superheat and subcooling readings. The error margin is narrow.

You’ll have to read between the lines of the needle and the gauge lines if you’re using analogue gauges for essential charging. Once you’ve guessed the pressure, you’ll need to use a point chart to calculate the temperature equivalent. After you’ve gotten that number, you’ll need to take a temperature reading on the proper line and subtract the two.

There’s a good chance you’ll misunderstand something, make a math error, make a pt chart conversion error, or a combination of the three. Even if you get everything right, there’s a strong chance the system pressure or temperature is altered between all the measurements.

The disadvantages of digital and analogue gauges

Both digital and analogue industrial gauges have disadvantages. A digital gauge, for example, while exact, may be difficult to read in a situation where dynamic changes in multiple quantities must be measured at the same time.

Analogue gauges also indicate the average value in instances involving rapid fluctuations or spikes in a monitored parameter, whereas digital gauges require manual calculation. Digital gauges are more expensive than analogue gauges. Analogue gauges, on the other hand, are prone to parallax error, which happens when the line of vision is not perpendicular to the gauge face’s plane, making them unsuitable for applications requiring the greatest precision.

Also Read: What is SOHC & DOHC?

Analogue meters can’t be used in applications where there’s a lot of vibration since the mechanical systems can break. Finally, analogue meters are difficult to use in low-light situations since their displays are usually not lighted.

What are the preferences of industry professionals?

When stuck with making a choice between an analogue vs digital gauge, knowing one’s preferences can help. This is what industry professionals would advise one to do. No single type – whether the digital or the analogue gauge – can serve all the purposes.

If one wants a classic look, one should consider opting for analogue gauges. On the other hand, if one prefers to stay in touch with the day’s fashion, one can choose digital gauges. It is, therefore, only a matter of preference and priorities that separates the two gauges.

Apart from recognizing one’s preferences, getting to know about the basic differences between the two gauges can also help make an informed choice. Both these gauges are there to serve different purposes, as elaborated below. Nowadays, with the help of technological advances, one does not have to limit themselves to choosing only a single of the two.

Before selecting instrumentation, users must carefully evaluate the particular requirements of their specific application and weigh all pros and downsides. A digital gauge, for example, is the better alternative when precision, vibration tolerance, or low-light operation are required. Analogue meters, on the other hand, analogue meters can provide a dependable, low-cost option if multiple readings and rates of change have to be measured with a lower degree of precision.

It all comes down to model and variation availability when it comes to deciding which sort of gauge cluster to use. Is it worth it to spend more money on a more expensive model or variant merely to have a digital display? If that’s not the case, a model with an analogue gauge cluster will suffice.

While a digital display may appear to be cutting-edge, an analogue dial will allow you to gauge the rate of change of the information displayed in the same, if not better, manner. After all, it’s far easier to track bodily movement than it is to track it digitally. We can’t dispute, though, that digital gauges are the way of the future, as they provide a slew of advantages.

It’s impossible to say for sure which sort of gauge is superior. While HVAC experts and manufacturers favour digital gauges because they are handier, an old-fashioned analogue gauge can occasionally function just as well or even better. Preference is the final deciding factor. Keep a set of each sort of gauge on hand just in case you or a client needs it.

Perhaps the best compromise is to have both together! You can get the best of both worlds by having a digital display flanked by two gauges, as some automobiles do, but it ultimately comes down to personal preference and voting with your cash.