The new BMW 4 Series Convertible features a really cool folding soft-top. The company is expected to start delivering the new convertible series in the international markets in March 2021.

BMW has unveiled six different variants for the new series, among which there are four engine options. All of these units will be equipped with 8-speed Steptronic transmission.

The new series features the same old controversial front-end styling which is equipped with an enlarged kidney grille. Following the launch of the Coupé and hot M4 variant, the drop-top four-seater is the latest addition to the second-generation 4 Series range.

Unlike the previous convertible 4 series that used a folding hard-top, the new series features a cloth roof – soft top. This makes it in line with the latest convertible 2 Series & 8 series and also matches the rival Audi A5 along with Mercedes-Benz C-class cabriolets.

Along with a cloth roof, BMW uses panel bow elements & a glass rear window. BMW claims that the soft-top cloth roof featured offers better acoustic & thermal comfort than a standard hard-top. After pressing the button, the electrically powered roof takes 18 seconds to open or close. The roof can also be operated at vehicle speeds of up to 50kmph.

BMW claims the roof to be 40% lighter than the hard-top roof used in the previous 4 Series Convertible. To offer more body rigidity, BMW has used extra bracing & panels.

Two straight-six diesel engine will follow in the international markets in November 2021. All engines feature an 8-speed automatic gearbox.

These are some of the features of the M Sport Tim:

Some of the M Sport Pro Edition features are:

BMW India has not yet officially announced if & when it is planning to introduce the new 4 Series Convertible to the Indian market. However, we can expect the launch of the 4 Series Coupe in India around 2021. 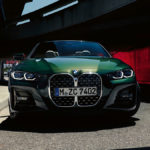 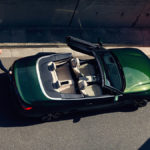 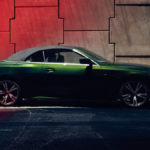